TEEP 2016 : the creators of African companies are scrambling to join the Tony Elumelu Entrepreneurship Programme 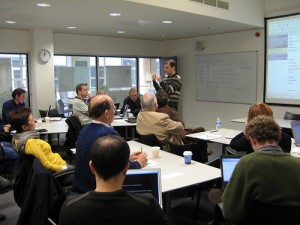 For the second year, 1,000 candidates originating from 54 African countries will benefit from entrepreneurial training by the Tony Elumelu Foundation. At the end of this training, a veritable springboard for entrepreneurship, the candidates will realise their project knowing that they can count on the help and the network of the African sponsor.

The first round of the TEEP 2015 was completely convincing. Their training completed, several candidates have enjoyed veritable success stories. The goal has been achieved by the Foundation organisers, who are working for the economic development of the African continent by offering management training courses, which allow candidates to realise their entrepreneurial dream.

Last year, there were 20,000 applications received for the first round of this training. In 2016, their numbers have doubled to attain 45,000 applicants. Created in 2015, TEEP is the most important philanthropic African initiative devoted to entrepreneurship. The Elumelu Foundation will devote 100 million dollars over the next 10 years to finance 10,000 African entrepreneurs, in the hope of creating a million employment opportunities and 10 billion dollars revenue for the continent’s economy.

Coming from all parts of Africa, the candidates aspire to establish businesses primarily in the sectors of the new technologies, agriculture and education. Starting in January, the selection of online applications for TEEP 2016, continued until 1 March. The philanthropic actions of Tony Elumelu are better known in the English-speaking African countries, where a majority of the candidates come from. However, all the 5 different African regions are represented, and Madagascar will be making an appearance with 3 candidates this year.

During the next 9 months, the lucky candidates will follow an intensive entrepreneurial training and a monitored online follow-up. This round will finish with the Elumelu Entrepreneurship’s boot camp and forum reuniting the candidates during 3 days. In this way, the creators of the next African start-ups will not only learn about managerial roles, but also the importance of networking to establish and continue their project’s success.

Once their business plan is established, the new entrepreneurs will receive 2 allocations of 5,000 dollars. The first one will serve as their seed capital, the second will be allocated according to their project’s progress, to pad out their treasury.

Delighted by the success of his programme, Tony Elumelu, based in the banking sector and the 26th wealthiest man in Africa, intends to continue the experience. During the first round, his foundation spent 8 million dollars on the total budget, and of this amount 5 million went directly to the future entrepreneurs to get them started. The project proved as much a managerial adventure as a human one, thanks to the exchanges and networks that it created. The Tony Elumelu Fondation is helping these men and women to control their own destiny.

This African first in entrepreneurship, made possible thanks to the digital vitality of the continent, should spawn an entire generation of entrepreneurs, who in turn, will guide the growth of local businesses and a future African economic and social transformation.

Tweet
Even more innovations for Drupa 2016
Predictive geomarketing for companies: adapting points of sale to win over and create customer loyalty