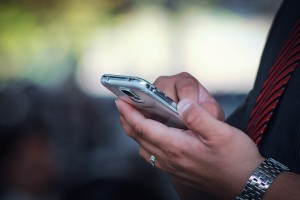 700 million Africans use a mobile phone in 2016, and that’s 8 times more than in 2000. Africa is the new telecommunication’s eldorado with a demand that now places it in second place on the mobile terminals’ market.

This growth rate is not going to dry up, and is a dream come true for all the operators waiting in the starting blocks to conquer the continent.

The figures overwhelm telecommunication’s professionals. At the end of 2017, the number of smartphones will pass the 350 million mark, thanks to the breakthrough of lower-end price models. The secondhand mobile phone market, already in full global swing, is the prime growth factor in the portable market, owing to the low average income on the continent.

Facilitating the acquisition of smartphones guarantees the growth of e-commerce and online financial transactions. Manufacturers have not let this logic pass them by, and have positioned themselves accordingly in the secondhand market.

The African continent’s low average age presents an opportunity for the low-cost smartphone market. World market leaders have their sights set on Africa, and are multiplying their agreements with the established mobile operators already in place.

This growth demand is a godsend for the creation of new jobs for African youth. There are already a dozen local integrators and game producers for the mobile. In Africa, the smartphone, in its capacity as payment tool, most preferred business transaction means or practical app medium, is undergoing an identical development in its usage as seen in Europe and the US.

Soon there will be 28 countries with a 4G network

The mobile phone, indispensable for the transfer of financial and cultural transactions, is moving away from its original function. In 2016, the number of games and apps users will rise to 400 million, and 26% of smartphone owners will not make a single voice call. Parallel deployment developments for 3G, 4G and mobile internet, will attain 40% in sub-Saharan Africa in 2020, and be accessible in 28 countries.

The Vodacom company, well established in Africa, was the first to propose a 4G service. In 2015, Volte : VoWIFI technology that allows vocal conversations via an operators WIFI without an application, was introduced in 15 countries, and will shortly arrive in Zimbabwe and Angola.

60% of African towns are connected to the web

The growth of internet networks is radically changing the African market for the rest of the world. After a hesitant beginning in 2013 with a turnover of 8 billion dollars, the African continent’s online sales will reach 650 billion dollars by the end of 2018.

Although the number of African bank accounts is very low, 60% of African towns are today connected to internet, and 12% of French-speaking Africans make purchases with their mobile. Online payment solutions are becoming the norm for them.

Tweet
Does consumer behaviour influence marketing?
Graphic designer: creating effective and personalised communication with a palette of colours and ideas