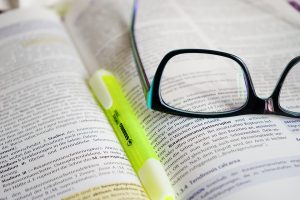 In the era of total digital, and with the development of e-books, there were fears that printed publishing would progressively disappear. However, the figures received recently by the “Sixième baromètre des usages” of e-books reveal a user growth and attests to a coexistence between printed books and e-books. The French remain just as attached to paper publishing a veritable French heritage.

With a growth of 2% in the number of e-books published in 2015, digital publishing is in fine form. We can, actually, speak about cohabitation between printed books and e-books. In effect, 20% of the survey’s audience responded to having read e-books, and the majority of these people also declared reading both printed and e-books. Nevertheless, despite this figure, the survey of the Syndicat national de l’édition (SNE) and the Société des gens de lettres (SGDL) showed a decrease in the budget reserved for e-books. Nearly 32% of the French estimated, incidentally, spending less on e-books. The study also revealed that the average daily reading time for this type of book is 57 minutes, a figure which has decreased by 10 minutes since the survey in 2013. Despite several years of change the e-book assessment of the ”Sixième baromètre des usages” depicted a, more or less, stable situation.

Decrease in acts of piracy

The study also highlighted the decrease in piracy acts of e-books. Of the people questioned, 16% confessed to having utilised this fraudulous method compared to 20% for the preceding year. This is an encouraging drop of 4 points and bodes well for the years to come. Better still, 58% were in agreement for the respect of copyrights, stating that they would not be willing to pirate an e-book out of respect for the authors.

With the advent of e-books, literature professionals and passionate readers feared the demise of the printed book. Nonetheless, nothing has come of this. On a brighter note, it seems that these two publishing forms cohabit in the best possible way in French homes. The French are very much attached to printed books, and it was an error to assume that they would reject the printed book in favour of its imitator, the e-book. It cannot be stated strongly enough that paper possesses a certain inescapable charm. Touching the material, turning each of the pages, holding a book between your hands… all sensations that are impossible to emulate when reading an e-book. Reading printed books has become an integral part of the French culture.

Why does the printed book come out on top?

You might erroneously think that the printed book is past its prime, but looking at the figures listed below, it remains clear that books still have many excellent years in front of them:

Tweet
Connected packaging packs a punch
What does the future hold for printed advertising in the digital era of e-commerce?