Home » News » Africa is the next advertising eldorado

Africa is the next advertising eldorado 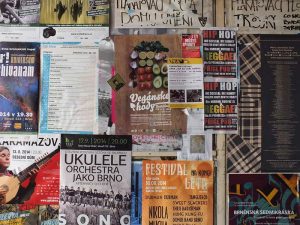 Africa, with its very young population, remarkable growth and extremely strong demography, has all the advantages to attract advertisers. The last-named have already envisioned made in Africa campaigns to tap into the African treasure.

Africa has been snubbed for years by advertising agencies, but it is now being courted by the very same advertising world. The African middle class, estimated at 300 million people, are confirmed aficionados of consumer goods, smart phones and dynamics. Already this fact is enough to entice advertising distribution networks, who are falling over themselves to adapt their copy so as not to miss the target.

For the moment, local advertisers are the first to profit from the optimism and dynamism of a population less blasé than their European neighbours. The first advertising agency on the African continent, Voodoo Communication, was Ivorian and founded in 1999 by Fabrice Sawegnon. It has since branched out in Gabon, Senegal and Cameroon. Acting as a veritable conglomerate, the group has attained a revenue of 15 million euros and has around a hundred employees. It won the “Mondial d’or de la publicité francophone” (Gold medal for French language advertising) in 2002 for its rebranding campaign for Orange, and has implemented the same winning formula in its recent campaigns adapted to African consumers.

The major multinationals like Publicis, McCann, or Ogilvy are lacking a certain proximity to the population for the moment. These companies have a habit of creating one-fits-all campaigns for countries without cultural distinctions. To reach consumers in Dakar or Ouagadougou, companies must utilise “glocal”. To celebrate the New Year, Voodoo created a poster campaign showing 3 smiling witches accompanied by the slogan: “The witches of the advertising world wish you a Happy New Year!” The Omo and Darty brands have understood the importance to combine African cultural elements while staying faithful to their graphic design. On the poster praising the merits of the stock cube, we see a young woman dressed in a boubou and turban with a table of men sitting cross-legged in the background eating couscous.

The challenge of digital advertising

With its population of 1,1 billion people, Africa has become a veritable challenge for all the major advertising companies. This is without even taking into account the fact that 700 million people are equipped with a mobile. After South Africa and the North African countries, the demand has exploded in sub-Saharan Africa, confirming the theory that with its economic growth, Africa will be the zone in the world that offers most opportunities for the advertising market. The major brands are already in full development there.

Africa’s growth is currently 8% annually and the growth curve is the same for the mobile. With 350 million smart phones and second hand mobiles in 2017, the potential for digital advertising is enormous. The social media are developing at the same rate, and irrespective of the brand of the mobile, when it is connected to the internet and sends an SMS, purchases are just a click away.

According to the PwC agency, digital advertising should develop nearly 2 times faster in South Africa than the global average (25% annually compared to 13%) to be worth 300 million euros in 2017. In these conditions, it is not hard to understand that all the advertising agencies are already in the starting-blocks for the African advertising race.