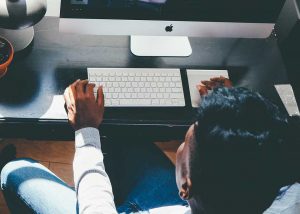 Abidjan, the economic capital of Ivory Coast, will hold its “Journées de l’Entreprise Numérique (JEN) 19 and 20 May, 2016. Held annually since 2013, this major international event attracts on average a thousand renowned visitors from the African economic digital world. Organised by the General Confederation of Ivory Coast businesses (CGECI), this third edition of JEN with its theme of “Mobility, company performance levers” will bring together Ivorian companies as well as digital professionals.

Ivory Coast is not only the leading economy of EUMOA (West African Economic and Monetary Union), it is also the union’s leading digital economy. The digital force in the Ivorian economy is represented by its investment of 740 billion FCFA in the digital sector the last 5 years with an average annual increase of 8%.

The President of the NTIC commission of the CGECI, and also of JEN’s organisational committee, Ahmed Cissé, declared that “Digital is the backbone of the economy today” during the press conference announcing the 2016 edition. This is also borne out by the fact that nearly 8% of the Ivory Coast’s gross national product (GNP) is represented by digital. Ahmed Cissé went on to add: “In Ivory Coast, transactions of 15 million FCFA are made via digital every day.”

JEN has been held annually since its launch in 2013 by the CGECI. It offers an opportunity for decision-makers to debate the major strategic digital challenges for business development with national and international experts. This third edition, with its principal theme of “Mobility, company performance lever” will concentrate on the appropriation of digital mobility by businesses.

As with the first two editions, the professionals responsible for corporate digital strategies will exchange their visions, opinions and experiences on the digital economy. During two days, discussions will centre on the impact of the new technologies on business functions, profitability and competivity in a context of changing habits that influence the activities of the entire sector.

The third edition of JEN Abidjan

Symbolising its international dimension, the 2016 edition of JEN will highlight Tunisia in addition to the large presence of French companies. Led by Noomane Féhri, Minister for Communication Technologies and Digital Economy, the Tunisian delegation will account for 40 exhibitors and 150 professionals.

To be held at the Palais de la Culture in Abidjan and consisting of plenary sessions, workshops, technical meetings, business rendezvous and attended by numerous startups, JEN will address the optimisation of company profitability using mobile digital devices. The gala dinner, the event’s defining moment, will recompense several professionals with “Digital Awards” in the presence of a number of Tunisian and Ivorian artists.

This third edition of JEN is sponsored by the Prime Minister, Daniel Kablan Duncan and presided over by the Minister for Post and Communication Technologies, Bruno Nabagné Koné. It will also be attended by the President of the CGECI, Jean Kacou Diagou.

Tweet
Web communication in companies: the challenges of successful programmatic advertising
What are business collaboration tools and what is their purpose?