Home » News » The resurgence of technological hubs in Africa

The resurgence of technological hubs in Africa 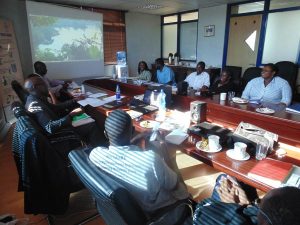 Spectacular increase in the number of tech hubs

The conclusions of research study reports conducted by GSMA Intelligence show the vast and rapid spread of technological hubs on the African continent. Already numbering 314 compared to only 120 last year, tech hubs are working communities where small innovative companies are grouped. These companies often consist of start-ups and their goal is to create useful tools for their communities. They constitute not only physical places of co-working, but are also an important connecting bridge with investors.
Africa plays host to a multitude of promising companies working in the digital market, in the conception of connected objects, in green technologies and the division of labour as well as e-commerce, online services and so on. Tech hubs offer unexpected possibilities, and constitute veritable launching pads for tomorrow’s companies.

Half of the tech hubs (54 in number) mentioned in the study in question come from just five countries: Egypt, Kenya, Marocco, Nigeria and South Africa. These are followed by: Ghana, Uganda, Tunisia and Senegal. The other countries on the African continent are a long way behind. One of the explications of this phenomenon is to be found in most companies’ dependence on telephonic and Internet connection quality, which is, of course, vital for launching them and continuing their development. This concerns particularly companies that evolve in the digital world.
Central Africa possesses the least number of hubs, and only a third of its population has access to a mobile network – an indispensable tool for new entrepreneurs. Investors, however, have not been put off and are starting to converge upon the region; a situation which has given rise to company incubators. These have gradually developed into veritable ecosystems, something that is sorely lacking in most countries on the African continent.

The examples of Egypt and Senegal

In Egypt, and especially in Cairo (which has 15 tech hubs), the technological revolution has created a large wave of small companies, whose activities are predominantly linked with new information and communication technologies. However the economic conditions in Egypt have engendered an economic environment not always conducive to the growth of companies and their survival in the market place. The restrictions imposed by the army regarding certain electronic components, for example, constitute yet another obstacle in the evolution of many start-ups.

It was in Dakar, in 2011, that the first French-language start-up incubator in Africa saw the light of day. Today, CTIC as it is called, has more than 200 employees. Certain Senegalese digital marketing companies have become permanent references. Utilising a 3 year support programme and a short 6 month programme to test the projects viability, CTIC are currently exploring markets in Mauritania, Gabon and Togo.
Besides the enormous profits offered by the possibilities of meetings between entrepreneurs and investors, the system of technological hubs enables young companies to externalise subsidiary tasks (accounting etc) and concentrate on the core of their profession. The expansion of these start-up breeding grounds bears witness to the progressive opening up of the new technologies on the African continent.

Tweet
Cape Town: Corporate communication on the agenda for the next annual conference of African communication professionals
French luxury, the logo trends in 2016